Robert injured his hand at work. He cut his extensor policis longus tendon (EPL) and ulnar collateral ligament (UCL) of his thumb. The EPL allows you to extend the thumb and the UCL is a stabilizer of the thumb joint. He underwent surgery and 6 weeks later he has full function of his thumb.

Bob had developed significant osteoarthritis in the base of his thumb on his dominant hand.  He was a PGA pro golfer, but due to the pain could no longer play.  He came to my office and we decided to perform a Trapezium Excisional Arthroplasty, LRTI of the thumb.  He did extremely well and 4 months following the procedure he was back on the golf course.

Ruben presented to my office 2 days following an ER visit after he sustained a massive cut to the palm of his hand while working. A wine glass broke and cut 4 tendons that move his index and middle finger and his median nerve which provides the sensation. He underwent reconstructive surgery, several weeks of post-op care and a 12-week course of occupational therapy. Ruben has a 100% functional, pain-free hand! 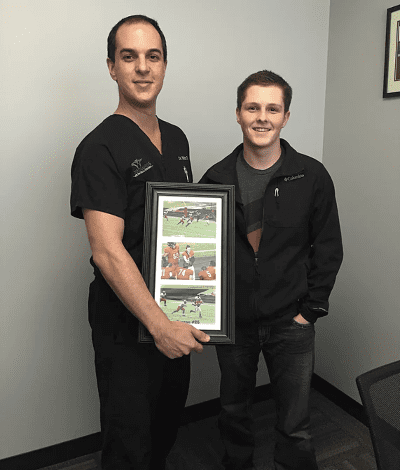 Football players are notorious for hand injuries. This superstar suffered a complex fracture that healed perfectly after a few titanium screws were placed in the bone through a minimally invasive fracture realignment procedure. This allowed him to return to the playing field with no loss of function once he was recovered. 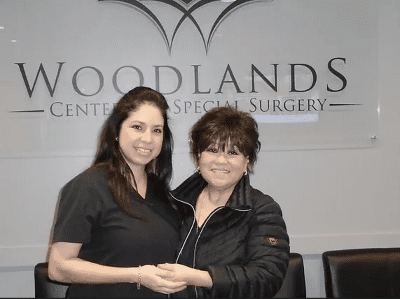 Angelica had a painful tendonitis of her wrist. Only a few short weeks after surgery and she is pain-free. "Very happy to have come to Dr. Ciaglia. You are a great charismatic doctor!" Even Adrianna our office manager was thanked for all of her hard work in scheduling surgery.